The BMS 12-200 is specifically manufactured to be used for motor vehicles. This solar power equipment is able to charge the lithium-ion batteries by restricting the among of power from the vehicle alternator. While it is intended for low current applications, the Victron Battery Management System BMS 12-200 is particularly useful if a Victron inverter/charger is not being used, and there is a necessity to connect with another brand of inverter/charger.

BMS 12-200 is manufactured to be utilised with Victron inverter/chargers and communicates digitally with them. The Victron Battery Management System BMS 12-200 is compatible for 12 volt applications only.

The Lithium Iron Phosphate of LFP cell is susceptible to damage when the voltage over the cell falls lower than 25V. If the voltage over the cell goes beyond 4.2V, there is also a high possibility of LFP cell damage. Although it won’t happen immediately, lead-acid batteries are also prone to damage when they are discharged too deeply or overcharged. Even after a lead-acid battery has been left in a discharged state during days or weeks, depending on battery type and brand, it will recover from total discharge.

At the end of the charge cycle, the cells of a LFP battery commonly do not auto-balance since they are not 100% identical. Therefore, while other cells are fully charged or discharged when cycled, others are not. if the cells are not balanced/equalized, the differences will increase over time.

In a lead-acid battery, small current continuously flow one or more cells are fully charged. The current’s main effect is it breaks water into hydrogen and oxygen. This continuous flow of current also ensures that the cells that are lagging behind are also charged, which in turn, equalises the state of all the cells.

Once the LFP cell is fully charge, the flow of current is almost at zero. At this point, the lagging cells are also unable to fully charge. As time passes by, the differences between each cell will increase to the point that some cells will be destroyed due to over or under voltage.

As such, it is vital to protect the LFP battery and the Victron Battery Management System BMS 12-200 is the perfect way of doing so. This is because this device actively balances the charging of each cell, thereby preventing them from being over and under voltage.  This device is also able to protect the alternator and wiring, while supplying up to 200A in any DC load such as inverters and inverter/chargers. 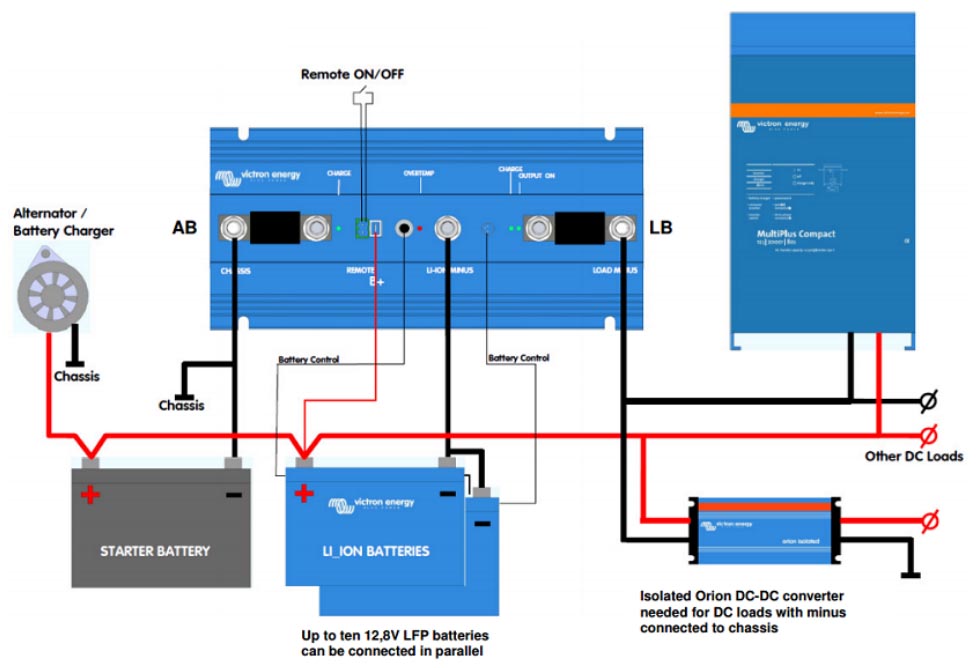 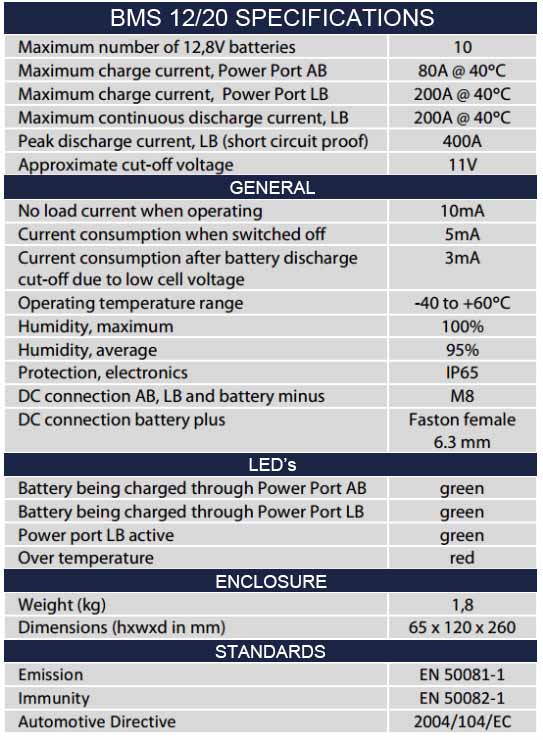 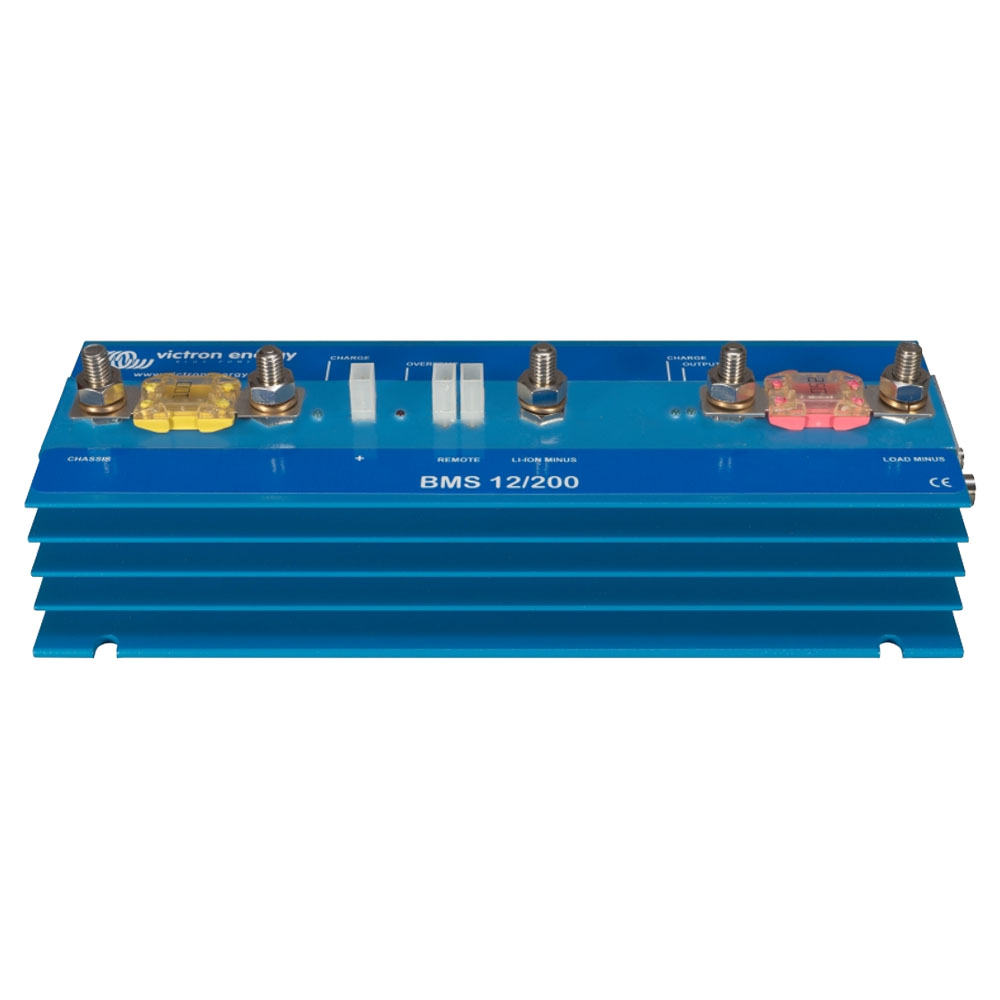